SARS-COV-2 VACCINES: TOWARDS THE END OF THE COVID-19 PANDEMIC?

The FBK for Health webinar on April 15 opened with an ethical question: are vaccines a global public good?How should the ownership of patents and their protection in the name of science be understood in the scenario of a pandemic, to avoid the perpetration of social inequalities and to pursue global public health?

A first answer – the desirable one – comes to us from the past, in particular from the creator of the polio vaccine, Albert Bruce Sabin, who wanted his vaccine to be affordable to all and at the same time allow a fair income to those who produced it. So, protect both patents and public health.

At the moment, however, one gets the impression that a geopolitical war has been unleashed over vaccines in which sovereignty between countries is ultimately at stake. On top of this, an aura of uncertainty, due to a large extent also to the scientific process itself, which proceeds by steps: the issues experienced by Astrazeneca and Johnson & Johnson for (very rare, we ought to keep it in mind) cases of thrombosis, eligibility age limits that keep changing, not knowning at this time how long the coverage lasts, whether vaccinated people can infect others, what the success rate against the variants is. Correct communication involves honestly defining what are the things we know with certainty and which we do not, starting from the fact that medicine advances through intuitions and experience in the field and that we are facing the largest vaccination campaign in history.

In this context, Dr. Antonio Clavenna – medical specialist in Clinical Pharmacology, researcher at the Mario Negri Institute of Pharmacological Research in Milan and head of the Pharmacoepidemiology Laboratory within the Department of Public Health – helped us shed some light on some aspects of the new anti- covid vaccines.

Just a year ago it was estimated that it would take about 16 years to obtain a covid vaccine. Later on, the arrival of the first doses had been estimated for August 2021 while currently we already have 4 approved vaccines (Pfeizer-Biontech, Moderna, Astrazeneca and Johnson & Johnson) and 52 are being tested. This was possible thanks to the scientific collaboration between research laboratories and with pharmaceutical companies, not to mention that a lot of money was invested on the part of governments to speed up the process, all without loopholes, i.e. without skipping any experimental phase, possibly overlapping them. In addition, research had already been started on vaccines, for example those against SARS viruses, MERS and other emerging diseases and we had started to invest in more innovative approaches compared to the more traditional ones (inactivated virus, attenuated virus, subunit protein vaccines, etc.) such as the use of messenger RNA and viral vector vaccines containing viruses that are unable to replicate but whose function is to convey instructions to cells to produce the target protein. These studies will also be useful beyond Covid-19.

The efficacy of all four approved vaccines against severe forms of the disease is excellent, while it is lower, but still very good, for symptomatic infections, which means that the risk of being hospitalized in intensive care and, therefore, the risk of dying from the disease, is significantly lower.

By vaccine efficacy we mean reducing the risk of getting sick. If a vaccine is 95% effective it does not mean that 95 people will not get sick and 5 will, but that the chance of contracting the disease is reduced by 95%. If we take the data for Lombardy from the week before the seminar, where there was an incidence of 20,000 new cases per 10,000,000 inhabitants and assume that we have previously vaccinated all its 10,000,000 inhabitants, then we would have observed only 1,000 new infection cases instead of 20,000.

Beyond the efficacy percentage data of vaccines available to date, it is difficult to make exhaustive comparisons between the four types authorized because each study contemplated a different population in terms of virus circulation, presence of chronic diseases in the sample, age, etc. therefore the percentages are certainly vaccurate, but not absolute and depend on many factors. We should also keep in mind that the studies were conducted in contexts with restrictions in place (mask, distancing, etc.).

Putting the studies aside, though, we are starting to see the effectiveness of the vaccination campaign in the field: in Israel, it was observed that following the administration of the vaccine, hospitalizations with severe symptoms and death dropped drastically, initially in vaccinated people and later also in the rest of the population.

However, much attention must be paid to the outbreak and spread of variants, which originate as a result of the mutation of the virus: at the moment, the English variant seems to be covered by the vaccine, which has a reduced effectiveness on the South African one though. The contribution of cell-mediated immunity is also still under investigation.

On the other hand, as for the duration of vaccine protection, more data is inevitably needed, i.e. it will be necessary to monitor up to how many months people who have been vaccinated will remain immune. At the moment, estimates say six months, but this data will be strengthened by the scientific evidence that will be observed in the months to come.

Adverse reactions (reactogenicity) are quite similar for all vaccines (headache, pain at the injection site, fever, skin rashes are the most common), only frequency changes, in the sense that with mRNA vaccines the symptoms usually occur after the second dose while with the others after the first one.

The questions still open for scientists and researchers are many: administration in immunosuppressed patients, during pregnancy and breastfeeding, in children, the effectiveness against variants, the spacing between the first and the second dose, how to identify the very rare thrombosis cases in time, prevent and treat them. It is all inherent in the gradual and counterfactual, accurate and rigorous scientific process. And perhaps this is also the magical charm of science, which is making us glimpse the light at the end of the tunnel. 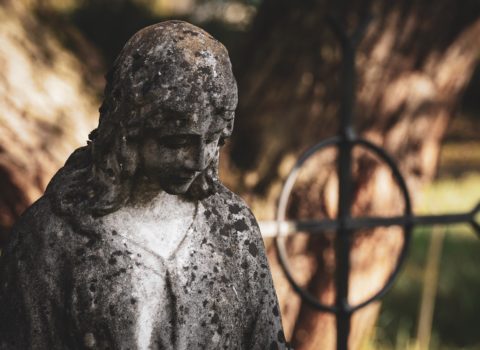 Events
TRANSFORMING NUMBERS IN LIFE STORIES: THE NEED FOR MOURNING THE DEATHS OCCURRED DURING THE PANDEMIC
READ MORE Events
OLDER ADULTS AND COVID-19: A GREAT LESSON FOR THE MEDICINE OF THE FUTURE
READ MORE
Research
RF-MEMS technology for 5G applications at CMM-FBK
READ MORE
Hall Of Fame
FBK hosts one of the most cited scientists worldwide in the field of process mining
READ MORE
Newsletter