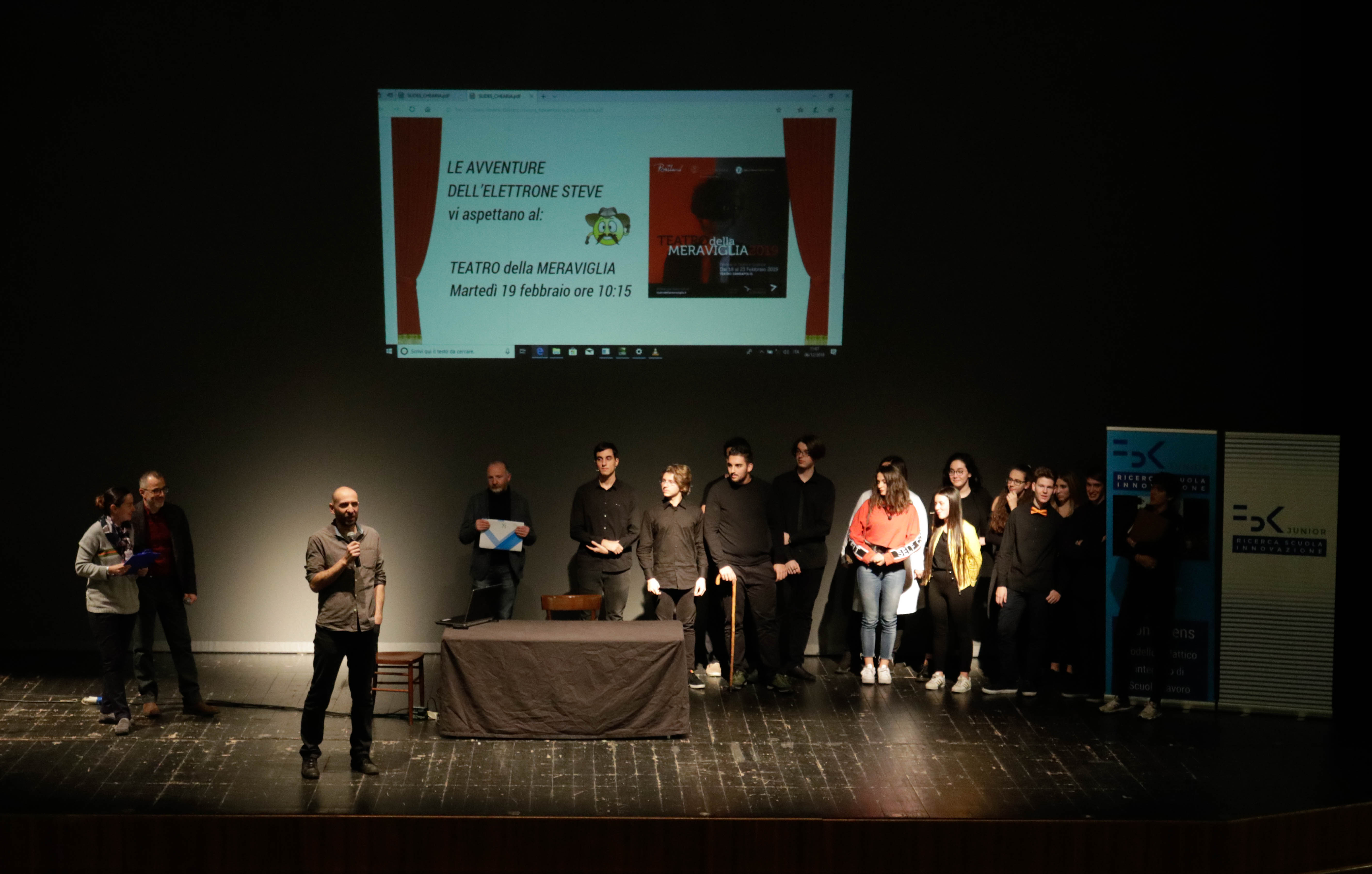 "The city of electrons" has become part of the catalog "La scuola, che impresa" among the 55 best school-to-work program projects

A big and by no means obvious accomplishment was recently achieved by the project “The city of electrons”, which has officially become part of the collection of Good Practices for school-to-work programs/PCTO (Paths for Soft Skills and Orientation) projects thanks to the selection work carried out by Anpal Servizi among over 1,000 high schools . The project was also included in the “La scuola, che impresa” catalog, among the “Good Practices for school-to-work programs” which aims to disseminate the best results achieved in this area and to offer schools a tool to help identify solutions to increase the quality level of the courses offered to students through innovative solutions that adapt to the context.

In this case, “The city of electrons” was a project supported by a contribution from FondazSpecificallyione Caritro, conceived in 2017 at FBK as a natural consequence of the previous DomoSens experience, at the end of which the difficulty emerged – and therefore the need – to explain to high school students the complex chemical-physical concepts underlying the gas sensor developed as part of the project. In essence, students needed help understanding the functionality of the sensitive part of the sensor, with its heart made of silicon. Silicon is the material at the center of the big digital revolution: chips, memories, the sensors that we unknowingly use every day when we use a PC, make a phone call, chat, drive the car, print a document, take a photo, watch TV. All of this exists and works because it has a silicon heart. Unfortunately, a thorough understanding of how silicon works is very complex and requires knowledge of that mysterious field known as “quantum mechanics”. But is it possible to overcome this initial difficulty and get closer to grasping how silicon works? The “City of electrons” project was created precisely to answer this question. The idea is based on the creation of interdisciplinary and participatory scientific teaching that will lead students to an alternative and fun understanding of this complex reality, paving the way for other similar experiences aimed at understanding other topics that are hard to grasp. The next step involved instructing the students to explain the acquired knowledge to their peers, or to other students, by engaging them in a direct and creative fashion.

Five classes acted as separate working groups, competing with each other, working on the scientific content (semiconductors and nanostructured materials) duly illustrated by an external science expert (“The age of silicon” lecture by Prof. Renato Bozio with the University of Padua); after that, each class worked on the newly acquired concepts together with their teachers, and produced a proposal based on accessible representations, attributable to common sensory experiences. Each proposal was finally evaluated by all participants. The most voted was that of the Maffei high school which suggested a theatrical performance where the students, together with the teachers (Maria Pia Calza, Danilo Dusatti and Chiara Tarantino), performed side by side to narrate the adventures of Steve the electron. The kids thought that the easiest way to explain the subject to their peers was through an “impossible” talk between a lazy electron and the silicon galvanized by the success achieved for its wide use in new technologies. The work was then perfected by suggestions and guidance from director, physicist and science communicator Andrea Brunello. The show was presented to the public on the occasion of the closure of the project at the Teatro S. Chiara in Trento and on the occasion of the Teatro della Meraviglia 2019. Graphic representation of the most important characters and musical backgrounds, played by two students of the group, were added to the script. Some students embraced the project enthusiastically right from the start, while others, initially skeptical, were enticed by the chance of combining study and entertainment, science and art, individual passions such as theater and music with school assignements.

The works proposed by the other classes have been collected and will become part of the dedicated “school notebook”, a notebook that will add to the series published by FBK to raise awareness of its project experiences with schools.

Behind this ambitious project is the mind of Pierluigi Bellutti, head of Fondazione Bruno Kessler’s MNF (Micro Nano fabrication and characterization Facility) Unit , which offers research and production services based on micro and nanotechnologies. Bellutti worked in close contact alongside the Research and Innovation for Education Unit led by Claudia Dolci and, after the approval of the call, with the teachers involved in the six selected high schools, achieving a fruitful collaboration. The help of the professional science communicators from the Accatagliato social promotion association was also valuable, that curates, among others, the first bilingual Italian magazine for science communication for children called PLaNK!

The idea of an accessible and creative description of otherwise hard to grasp contents, the scalable replicability of the project, and the shared reuse of the final product among schools convinced Anpal Servizi to include “The city of electrons” among the 55 virtuous examples identified, which they will gradually integrate with new experiences, also and inevitably carried out remotely.