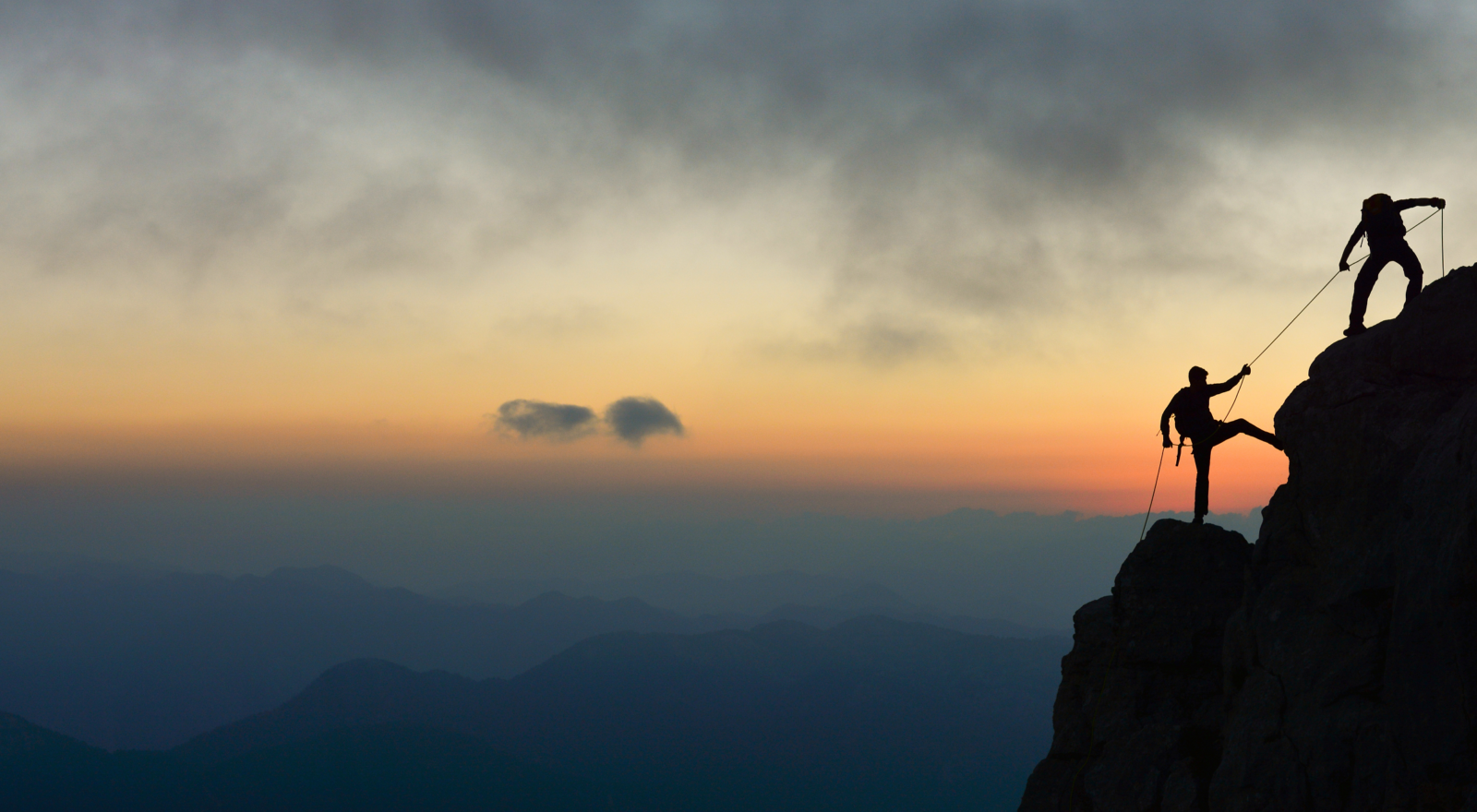 The impervious meaning: peaks and abysses of the extreme interpretation

A consideration of the concept of extremism leads us to reflect on some of its characteristics: relationality, gradualness and dynamism, starting with the study example of eating behaviors

The impervious sense arises from the human fascination with the extreme, which can either push us up toward new heights of awareness and creativity or plunge us into abysses of stubbornness and violence. But how to define extreme and its frequentation, especially in that ideological form, called “extremism,” which underlies so many languages of the impervious?

“Extremism” is a term and concept that does not designate a precise, determined and definitive position in the semiosphere, the abstract area in which a community produces, manages and circulates meaning. As the very etymology of the word suggests, its meaning is inherently topological and relational. Something can only be extreme by situating itself at the periphery of a spectrum, at the edge of an area of potentiality. The term and the corresponding concept, moreover, signal that this spectrum, as well as this area, are not arranged neutrally, but contain at least a dialectic and, consequently, a polarization. In other words, “extremism” implicitly refers to an axiology, which also includes the impossibility of not adopting a perspective, a point of view.

Therefore, when something is qualified as an expression of “extremism,” this qualification inherently points out that: (1) this something, be it a statement or behavior, is comparable and commensurable with other similar events in the semiosphere; (2) all such events can be arranged along a spectrum, in relation to the relevance that determines their commensurability; and (3) those who regard the statement or behavior as extreme believe that they have the right to place themselves more in the middle of the spectrum, while simultaneously placing what they judge to be at either end of it.

For example, when a dietary ideology and its consequent behavior, such as fruitarianism, are labeled as extreme, this stems from the fact that 1) this diet and its ideological underpinnings are implicitly considered comparable and admitting contrast with similar dietary behaviors, not only in general, but also in the sub-spectrum of those that impose restrictions over the mainstream; 2) the comparison and contrast allow fruitarianism to be placed along a conceptual spectrum, essentially measuring the extent of restrictions imposed on the mainstream diet; 3) a perspective is taken that places the center of this spectrum at a distance from the ideal position occupied by fruitarianism, which is judged, therefore, as an “impervious” practice, the outcome of an “extreme” ideology.

Conceiving culture as a semiosphere (with Jurij M. Lotman) fosters a form of relativism that is not ethical but structural: depending on what occupies the center of the semiosphere, one is able to perceive and stigmatize as “extreme” fragments of textuality, including dietary behaviors and ideologies, that are located on the margins of the semiosphere or even linger on the threshold between what is sensible and what is not. In fact, cultures place the senseless beyond the impervious. Taking the example of fruitarianism again, it becomes apparent that adopting such a topological and dynamic understanding of culture allows us to understand the following characteristics of extremism in general.

First, extremism is relational: it is only because diets that include a greater variety of foods, such as meat or fish or grains, are placed more at the imaginary center of a sociocultural community’s semiosphere that fruitarianism can be considered “extreme.”

Second, extremism is gradual: given an extreme behavior or, more generally, a sociocultural position in the semiosphere, one can always imagine nuances that differentiate it from less or even more extreme behaviors, as well as internal segmentations based on a more or less extreme adherence to a principle or set of principles. Within fruitarianism, for example, a distinction can be made between those who eat only fruit and those who eat only fruits that disperse their seeds when eaten; the former will be inclined to regard the latter as “extreme,” though perhaps not as vehemently as the former are, in turn, labeled “extremist” by traditional eaters.

Third, extremism is dynamic: the semiosphere is a conceptual representation of semiosis insofar as it produces meaning within a sociocultural community; consequently, it can only be static in the fiction of analysis, because in reality the mutual position of the center and boundaries of a semiosphere continually evolve and the content of the label “extremism” with them. Being a vegetarian, for example, is rarely considered “extreme” nowadays, for the simple reason that this diet and its ideology, once at the boundaries of the semiosphere, have gradually shifted toward its center as more restrictive diets appeared at the margins of the semiosphere and as more mainstream food styles increasingly lost their centrality; nowadays, being vegetarian is no longer deemed as an extreme position, both because veganism has appeared and multiplied on the periphery of the semiosphere and because eating meat has gradually ceased to be considered a neutral behavior and, as such, consistently immune from social stigma. In the food community that shares the primary modeling system of the Italian language, for example, the change has been so radical and visible that offering a baby lamb for dinner to friends could be a social risk, and likely to be stigmatized as inappropriate and as a manifestation of cruelty.

The same is true of furs: wearing them was a seldom contested behavior until the 1990s, while they have become an “impervious” fashion item in the decades since, to the point that only those who are totally unaware of this evolution or a provocateur might wear them currently. Moving away from the center of a semiosphere, in fact, also means losing neutrality: the further a meaning-producing practice moves away from the center of gravity of a semiosphere, the more likely it is to appear as salient, in the sense that the practice ceases to be a habit for the majority and becomes increasingly the engine of a semiotic process. Being a mainstream omnivore at a dinner party does not arouse any curiosity; being a fruitarian, on the contrary, is likely to elicits questions, objections, and reactions, precisely because it embodies an ideology, and the practices that result from it, that cannot be perceived as habits but as provocations to the mainstream.

The cultural semiosphere constantly produces a deontic meta-discourse, which explicitly or implicitly suggests which practices of meaning production should be situated at the center of the semiosphere, which ones at the periphery, and which ones even outside it, through a process that usually involves not only sociocultural stigmatization but also a formalized system of legal ban and sanction. In Italy, eating lasagna is not a particularly salient behavior, in the sense that it is performed daily by thousands of mainstream eaters; eating a vegetarian lasagna is not as mainstream, but it is no longer on the periphery of the semiosphere; nowadays, it could hardly be labeled “extreme.” eating a vegan lasagna, or even more so eating a fruitarian lasagna, is likely to raise curiosity on the part of mainstream eaters, but also social stigma, along a spectrum ranging from mild mockery of vegan friends to attacking them as dangerous extremists; eating a lasagna made of human body parts, finally, will incur not only sociocultural stigma but also, probably, police investigation, signifying that such behavior lies outside what the semiosphere, and the community it represents, are willing to consider as acceptable and sensible.

The relationship between the extremism of ideologies, be them religious and other, and communication technologies becomes increasingly salient today, prompting the following questions about the relationship between impervious and common sense: 1) What determines whether a meaning production practice is situated at the center of the semiosphere, at its periphery, or even in semiotic darkness outside it? 2) What agentivities promote or degrade a meaning production practice toward the center or periphery of a semiophere, and in what ways? 3) Which semiospheres are most likely to produce extremisms and how should they deal with them? 4) Is communication between the center and periphery of the semiophere possible, desirable, and in what forms? 5) Can there be moderation in this communication involving the extremities of a semiophere? Which agentivities should take responsibility for it and in what ways? 6) Finally, what is the impact of the evolution of communication technologies on the arrangements of these modalities? Has the formation, evolution, and communication of extremisms received significant impact from the proliferation of digital social networks and their communication practices?

These are all central issues for those today concerned with the extreme, the impervious sense it generates, and the fascination and concerns that both trigger in contemporary societies, putting their common sense on edge.

RELATED MEDIA
Link to the editorial
"The impervious meaning: Peaks and abysses of extreme interpretation" - program of the event
Related articles Research
2021 at the FBK Center for Religious Studies
READ MORE Events
COVID-19, Religion and Belief Webinar Series
READ MORE
Events
How religions talk and talk to each other in the public sphere
READ MORE