Recent research and applications on the line between living and non-living systems were illustrated by the head of Fondazione Bruno Kessler’s Data Science for Health Unit, Giuseppe Jurman, during a seminar of the series entitled "Frontiers of Biology".

The first to talk about artificial intelligence was John McCarthy, a computer scientist who won the Turing Prize and who, in 1955, coined this expression during a workshop in which it was intended to start research towards the understanding of the mechanisms of human intelligence to be applied to machines.

Instead, the concept of synthetic life was introduced in the late 1980s by computer scientist Christopher Langton, who promoted a series of workshops to study artificial systems that exhibit behaviors similar to those of living systems.

Giuseppe Jurman, head of the Data Science for Health Unit at Fondazione Bruno Kessler, spoke about the intersection between these two worlds during a seminar in the context of the “Frontiers of Biology” initiative, a series of open talks organized this spring by MUSE-Museo delle Scienze to raise awareness of research that proceeds along the border between living and non-living systems.

After outlining several areas where artificial intelligence is being applied in the life sciences, Jurman focused on two examples where the encounter with the artificial life field is evident.

A first field is robotics. During the seminar, Jurman showed an impressive video in which android robots made by Boston Dynamics take on an obstacle course with great agility, performing vaults, jumps and parkour-style stunts. “These are not robots programmed to do this,” Jurman explained, “but androids that understand their surroundings and adapt to them. All this is possible because they are equipped with artificial intelligence, thanks to which they evaluate and act.”

A second example involves a study done not long ago on the application of artificial intelligence to synthetic biology. Jurman showed a video of microscopic spheres composed of thousands of frog cells, separated from the organism and “programmed” with the help of artificial intelligence, which began to live a life of their own, to self-organize and reproduce. In essence, real living robots called xenobots.

“In the next ten years,” Jurman stressed, “we will achieve even more complex models of synthetic life, which now we cannot even think of. An essential question concerns the ethical aspects of such innovations, such as for example the legal liability with respect to these artificial intelligence applications in the case of errors. Europe is quite advanced and is developing guidelines to handle such issues. We are at the frontier of research and we are tackling new issues for which we were not ready to provide answers and now we are in the flow of building solutions. This will be the challenge of the near future.” 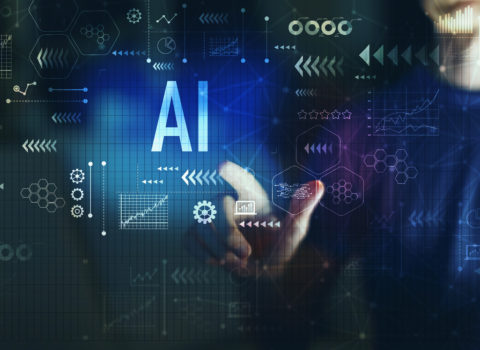