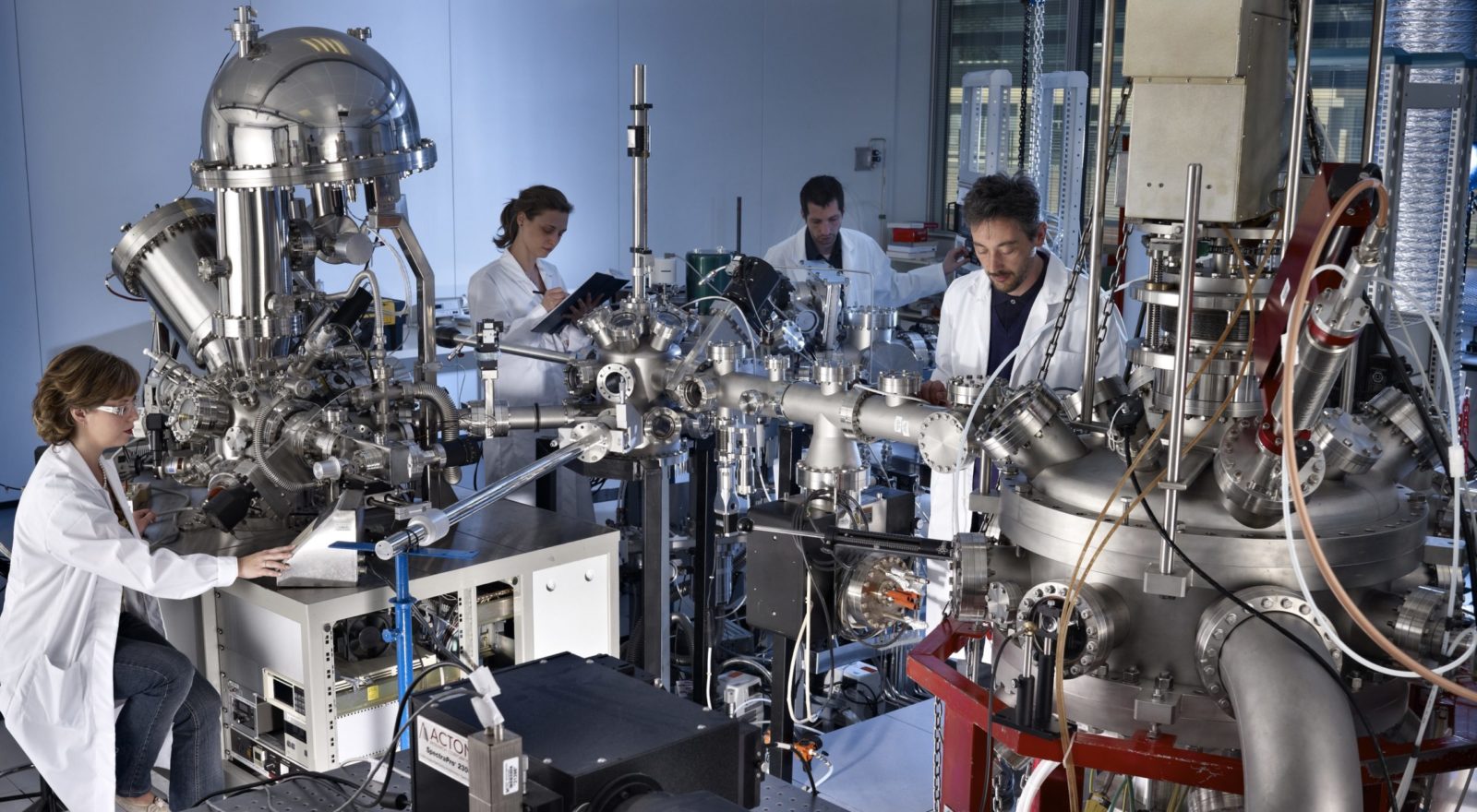 Be a scientist: from profession identity to gender equality

Taking the opportunity of the International  Day of Women and Girls in Science, FBK proposed an online matinée in which two Physics scholars talked about themselves, sharing some curious personal anecdotes, to reveal what it really means to work in the field of research.

We are talking about Roberto Battiston, full professor of Experimental Physics at the Physics Department of the University of Trento, former president of the Italian Space Agency (ASI) and author of numerous scientific essays and books, and Caterina Petrillo, full professor of Experimental Physics at the University of Perugia and president of Area Science Park, of the General Assembly of ELI-ERIC and recently appointed member of the Board of Enea by the Minister of Ecological Transition, Roberto Cingolani.

Putting aside for a moment the controversial matter of inclusive language, which still does not find unanimous agreement, we asked the speakers what it means to undertake the profession of research and to what extent have we arrived, in this area, with gender equality.

Caterina Petrillo kicks off with an unexpected revelation: you are not born a scientist but you become one, sometimes even a little by chance (in her case, “for love of a physicist, more than Physics”, as she confided to us). The impulse, however, always remains the passion for knowledge and curiosity, the desire to understand why something works in a certain way, what lies behind it.

The key element is determination and not being afraid of challenges or mistakes, which is especially important for women. As a matter of fact, it seems that women are often more afraid of making mistakes in certain areas, especially the scientific ones, due to the fact that for a long time they have been discouraged from undertaking the study of STEM, the so-called hard sciences, and have been culturally directed to a calm perfection, more than bracing a challenge.

In this sense, research is a school of life because it intrinsically proceeds by errors, approximations and improvement, so it teaches us not to be afraid of making mistakes: if you make a mistake, you only need to change your perspective, but it is not a decisive and ultimate failure itself. Indeed, it is often by mistake that new potential uses are discovered in other fields (contamination that arises from error) and there are many famous examples of such a serendipity.

The profession of research, then, is learned in the fieldwork. It is certainly a profession that allows creativity and to operate in full intellectual freedom, with many stimuli also at an international level. On the other hand, it is a job that requires a lot of time and dedication, sacrifices and direct personal choices, something that both men and women must be aware of before deciding whether to dedicate themselves to it, as indeed happens for many other jobs.

However, when something is done with pleasure and interest, fatigue takes a back seat, and Prof. Petrillo confides that for her dedicating herself to research is a bit like playing a sport or having a hobby, and the satisfaction that comes from finding a solution or set up a new model pays off the effort.

Roberto Battiston shares the same opinion, suggesting a personal vision of research as a game, rather than a profession: beyond the effort and downtime dictated by meetings and bureaucracy, the pleasure of discovering how nature works has no equal.

Even Battiston, however, initially approached Physics almost by chance, to gain independence and leave his parents’ house, as it happens for many university students. But even in him the stimulus of curiosity, inherent in itself in every human being, did the rest. The speaker made an evocative similarity with the world of music: the researcher is somewhat like a pianist who studies music for years and then, suddenly, enjoys the satisfaction of discovering a new “melody” for the first time, a symphony dictated by natural laws investigated down to the most hidden and apparently insignificant details, to then draw a deduction that will change the world. Nature thus becomes a privileged interlocutor.

What is meant by gender equality in work and, in particular, in research?

On this point, it is necessary to start from a basic assumption: those who want to approach research must be aware that it is an activity that has no end, that absorbs and occupies full time, making people travel a lot and move frequently, especially at the career start. Battiston proposes another similarity in this regard, this time with the world of Formula 1: gender has nothing to do in what has been said so far, that is, research is a demanding job for everyone, man or woman it doesn’t matter.

The gender comes into play when in this race there is one competitor running on 4 wheels and another one with the handbrake on. Such a context requires a regulatory intervention from the outside, not so much from the inside, where there is substantially collaboration and esteem between male researchers and female researchers. We therefore need legislation that allows everyone to run in the same way, a regulatory, legislative and even cultural intervention, which for example provides for parental leave for several months also for fathers or a reform of the baby care system, as the Northern European countries show.

Caterina Petrillo agrees, but at the same time stresses that there are many different elements to take into consideration. As far as the research profession is concerned, progress has been made, and as a matter of fact in the early stages of access to STEM disciplines female students have the same chances as male students in universities, access to the doctorate, etc. The problem occurs mainly in career advancement, as one approaches the top positions, not only in research but also in public and private companies and in various professions. Prof. Petrillo also agrees that we need legislative tools and structural interventions that put mothers and fathers on the same level, but there are many other aspects that come into play, in parallel, such as some unconscious and deeply-rooted biases of which women themselves are often victims: partly due to stereotypes, partly due to social culture, some activities are still delegated to women (eg care of the home, children and the elderly), engulfing the rest.

Also, there is little awareness of the richness of gender diversity in a work group.

So is it better to work in mixed-gender contexts? Are there any differences in work between men and women?

Not an easy question though. Battiston ventures that there are probably gender-related differences, but it’s hard to say exactly which ones. As far as he is concerned, he has always enjoyed mixed groups, so it is probably true that there is an added value in the diversity of gender among colleagues, a mysterious plus that falls outside the basic scientific preparation.

Petrillo goes a step further and suggests that the real richness lies in bringing together diversity and different skills on multiple levels, not just those of gender.

Has the pandemic changed something?

The most impetuous and meaningful novelty of the Covid-19 pandemic, especially the lockdown periods or red zones, were undoubtedly the countless remote calls, sometimes loved and sometimes hated.

Undoubtedly the new technologies bring forth many advantages, both in terms of family organization, agile work and pollution (just think of all the business trips saved in the past two years), but they need to be regulated so that they do not turn out to be a boomerang maybe even originating new disparities, for example if in a remote working context, care actions are still left to women.

And in this sense, beyond the right to disconnect, we really need a change of cultural orientation and deconstruction of stereotyped and now obsolete social roles.