CheSpreco! A local educational project to learn together not to throw food in the trash anymore

CheSpreco! (what a waste!) the FBK project funded by the CARITRO Foundation allowed, on its wrapping-up event, the fruitful exchange of good practices devised by the students of 4 Trentino high schools. Lots of innovative proposals to actually take food out of the trash and contribute to the fight against food waste.

The CheSpreco! project conceived by Fondazione Bruno Kessler and in particular by researcher and historian Claudio Ferlan in collaboration with FBK Junior represented by Claudia Dolci and Alessandra Portich, ended on Oct. 6, 2022 with a morning event dedicated to study and presentations at the “Bruno Kessler” Lecture Hall of the University of Trento. The project was funded by the CARITRO Foundation and involved four high schools in the Province of Trento: the Levico hotel management training high school, the Ossana hotel management training high school, the Rovereto high school apecializing in classical studies and sports “A. Rosmini” and the Trento high school specializing in classical studies “G. Prati”.

The project stimulated discussion among students on a pressing and highly topical issue: food wastage, that both in homes and in cafeterias of public and private entities is staged at every meal. The project was designed by the creators precisely to raise awareness among the younger generation and at the same time suggest possible concrete actions. Let’s take food out of the garbage, the subtitle of the project, was the primary objective of the training and dissemination initiative: in fact, an attempt was made to promote an anti-waste culture that could be the first real step in embracing thoughts and practices capable of achieving something concrete. For this reason, in fact, the important and indispensable collaboration between theories and actions was emphasized: history in fact teaches, if looked at under this magnifying glass, that our predecessors acted to try as much as possible to share food and not to throw anything away. Cultural anthropology has also been becoming more applied for at least a decade and seeks to intervene on contemporary issues by sharing a different, broader perspective and at the same time comparing the cultural approaches of peoples geographically distant from each other. Again, there are many human groups on the planet who regard food as something sacred, which is why they do not waste it, value the resources that nature offers, and do not dissipate what they prepare and bring to the table. Both the past and current events, even if acted far from our Western eyes, can suggest and direct new attitudes toward food.

In fact, thanks to a multidisciplinary approach and an interdisciplinary working method, the project sought to create awareness in participants on this issue. Adolfo Villafiorita, creator of the social startup shair.tech and co-editor of cheSpreco! illustrated to the classes the numbers regarding food wastage in the world and in Italy and presented the innovative App, created by his team for food surplus recovery. All these inputs led the different actors involved to try their hand in a collaborative way to translate the words heard into action.

Therefore, the work developed by the students turned out to be crtical: sharing it on the final day made it even more intensely possible to achieve a virtuous network through the presentation of the different scientific contributions.

The students of the Trento High School specializing in classical studies “G. Prati” put themselves to the test conceiving and developing four podcasts related to the topic of waste with different cuts: from historical and anthropological narrative, to current data, from interviews with restaurateurs, family members, children and the elderly to reuse recipes that allow us to reuse what we have in the fridge or pantry.

Boys and girls from the Rovereto High School specializing in classical studies and sports “A. Rosmini” on the one hand crafted stories starring thrown food or familiar episodes of food wastage (one of which was also a script for a short and entertaining video), and on the other hand showed data collected during a research activity lasting several weeks aimed at measuring household waste.

The students of the Ossana hotel management training school also worked on studying, weighing and comparing waste in the kitchen during their school workshops and prepared a cookbook with many anti-waste preparations, which were then cooked by their peers from the Levico hotel management training school, who prepared a fantastic and tasty banquet for everyone under the banner of recycling ingredients that we usually think of as going into the trash.

As historian Claudio Ferlan concluded, the project made it possible to understand that these youths have great technical, analytical and intellectual skills: they competed to create a series of usable products, suitable for speaking to their peers and deeply connected to the hot issue of food waste, which, as one of the young chefs from Levico put it, grips and suffocates the Planet.

The video we present here is about the conclusion of the project “cheSpreco! Let’s take food out of the trash”. The actions and results of an activity lasted for one year, during which different skills were brought into play, with outcomes of certain interest, are told through the words of the project team members Claudio Ferlan (historian), Marta Villa (anthropologist) and Adolfo Villafiorita (computer scientist), but especially through those of the girls and boys involved. A long journey begins with the first step, and “cheSpreco!” has the ambition to be a first step. 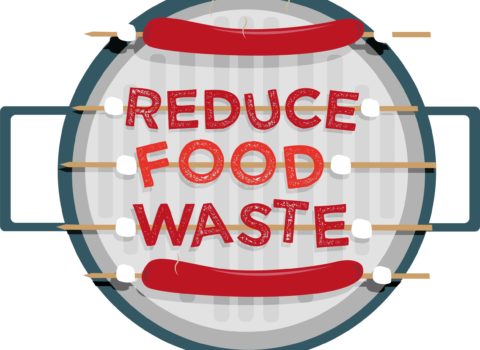