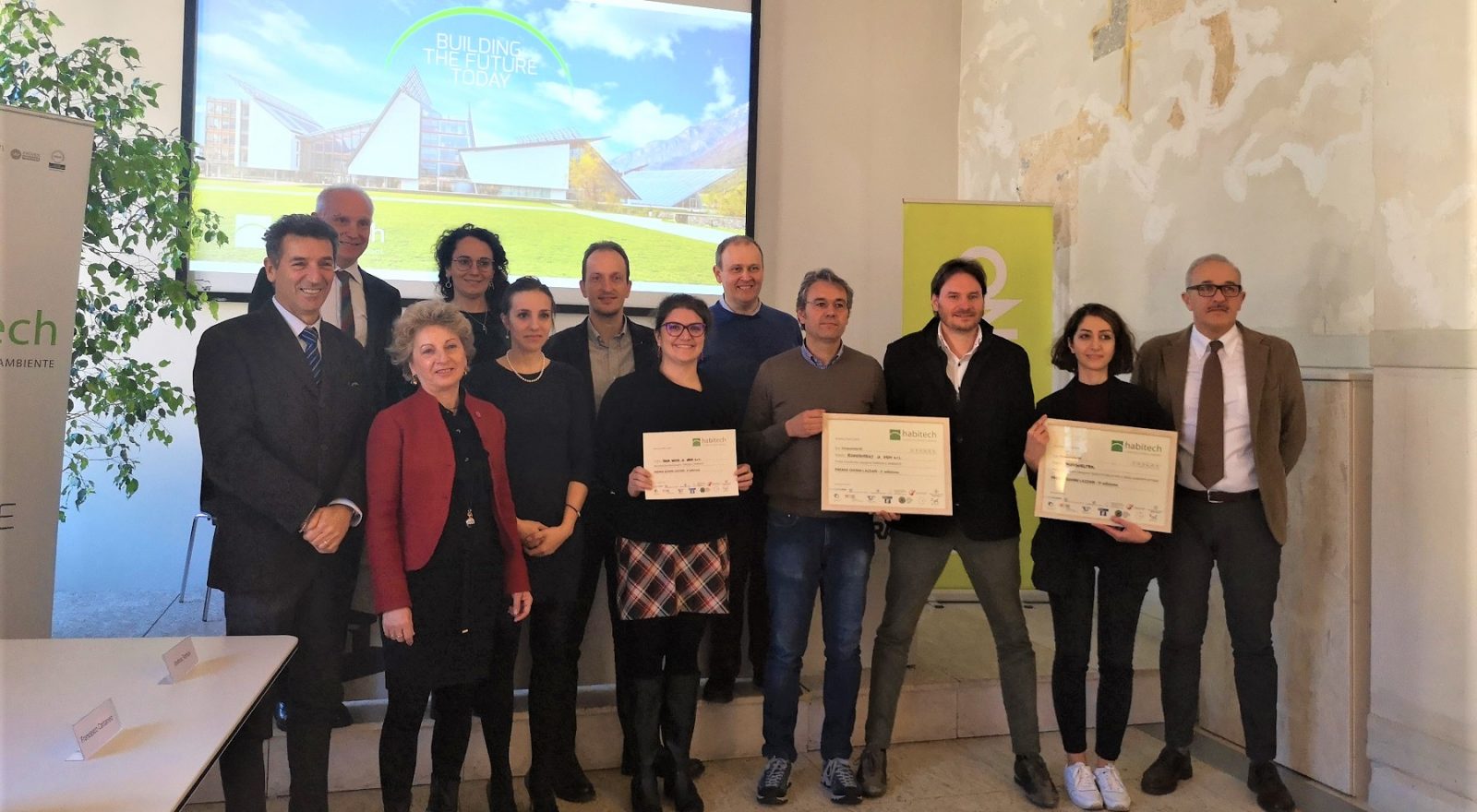 The winner of the "Energy and environment" category is the startup INDIV with FBK as scientific partner. The Agrishelter emergency housing modules receive the recognition for "Quality of life and interior environments". Special mention for design objects made of wood by Vaia Wood.

Progetto Manifattura hosted this morning the third edition grand final of the Gianni Lazzari Award, promoted by the Trentino Habitech Technology District in memory of its founder and first managing director, who was also the deputy director of FBK’s (former ITC) Center for Scientific Research and Technology and had directed the Interactive Sensor Systems Division, from whose research activities the business initiatives GST, Eyeprosystem, Pervoice and MPA Solutions stemmed.

Seven startups from Triveneto and Lombardy, divided into the categories “Energy and environment” and “Quality of life and internal environments”, challenged each other in pitches before the experts of the jury.
In the first area, INDIV, a start-up that in scientific partnership with FBK developed the innovative ROUNDENERGY storage system based on kinetic energy, won big time.
In the second category, the award went to Agrishelter, the startup founded by Iranian Narges Mofarahian that builds emergency housing modules with low environmental impact for people displaced due to armed conflicts and natural disasters.

Both business ideas were awarded a prize worth 5,000 euros and membership as a Habitech junior partner. A special mention was finally given to Vaia Wood for its efforts in raising awareness about climate change through the creation of design objects made in wood.

An innovative energy storage system based on kinetics, low environmental impact housing modules for emergency situations and design objects made with wood from storm Vaia. These are the business ideas by Indiv, Agrishelter and Vaia Wood awarded today, Wednesday December 4, during the third edition grand final of the Gianni Lazzari Award, promoted by the Trentino Habitech Technology District in memory of its founder. Indiv and Agrishelter – awarded respectively in the “Energy and Environment” and “Quality of life and interior” categories – received vouchers worth 5 thousand euros each to be spent on training, coaching and project development activities and membership as Habitech junior partner. Vaia Wood received a special mention from the jury composed by experts from Habitech, Fondazione Bruno Kessler and Trentino Sviluppo for their awareness-raising efforts in climate change. The business competition, which saw the challenge between 7 startups from Trentino, Lombardy and Veneto, took place at Progetto Manifattura, the Rovereto-based Trentino Sviluppo green hub. Habitech President Marco Giglioli expressed his satisfaction as he commented: “The proposals of these young people raise the bar. The freshness of their ideas combined with the experience of our 127 members and 7 junior partners certainly helps build a network capable of designing the cities of the future with a view to protecting the landscape and mitigating global warming and natural disasters caused by climate change”. “This edition’s winning startups fit well the ideals of my husband, according to which the golden rule for successful enterprises was managing to combine financial prospects with environmental sustainability”.

His figure was much loved in Progetto Manifattura and remains as an example to guide young people and startups, for his ability to anticipate problems and imagine the trajectories of the future.

INDIV – Trentino-based Startup, has developed an eco-friendly energy storage system that uses the kinetic energy of its components. The solution is standardized and is ready to be installed in buildings.

VAIA WOOD – Startup based at Borgo Valsugana, Trentino. It is engaged in raising awareness on the issues of climate change and promoting concrete projects for the environment, creating and selling sustainable and eco-compatible design objects and products.

Images by the Press Office