FBK-IRVAPP is conducting the SENSES (Seeing with new senses) project to assess an experiential intervention aimed at raising awareness of visual impairments and against stereotypes in sxhools. In collaboration with the social cooperative Abilnova and with the support of Fondazione Caritro

According to a recent report by ISTAT, there are more than 300 thousand kids with disabilities attending Italian schools. Their incidence stands at 3.6 percent of the total number of students and has been steadily on the rise in recent years, due in part to the increased attention paid to diagnosing and certifying disability status among young people and the growing sensitivity of the education system to the issue of school inclusion. Similar trends can be seen in the province of Trento, where, specifically, the number of students with visual disabilities has almost tripled in the past 10 years (35 in 2008 and 90 in 2019).

For students with disabilities to reach their full potential, it is not enough for them to have aids and individualized educational support, but it is also necessary for the school environment to be inclusive. What interventions are most effective in achieving this goal, however, remains a largely unanswered question. For this reason, FBK-IRVAPP conducted, in collaboration with Abilnova cooperativa sociale and with funding from Fondazione Caritro, the SENSES (Seeing with new senses) project, the evaluation of an intervention to counter stereotypes about visual impairment in schools).

The project set out to implement and evaluate an intervention to raise awareness of visual disabilities. Approximately 350 students from three high schools in the province of Trento (Liceo Rosmini in Rovereto, ITT Buonarroti in Trento, and Istituto Don Milani in Rovereto) had the opportunity during the 2021/2022 school year to learn about and test firsthand the orientation strategies and aids available to the blind and visually impaired. Participants also experienced a “snack in the dark” on board Dark on the Road, Abilnova’s special vehicle.

The intervention was evaluated through a randomized controlled trial in which several classes per school were involved. Students from these classes were randomly selected to form the treated and control groups. Students in the first group participated in the outreach intervention. By comparing the opinions collected for the treated group and the control group, it could be concluded that the awareness intervention increased knowledge about visual impairment, the propensity to put oneself in the shoes of blind people and to believe that they can lead a life qualitatively not too different from that of sighted individuals.

These results thus indicate that through raising awareness, some important steps can be taken toward the full social inclusion of people with visual impairment residing in the province of Trento. However, the SENSES project focused only on people with visual impairment. Thus, there remains ample room to implement outreach interventions for other types of disabilities and for other disadvantaged individuals and to conduct new evaluation studies to better understand the effectiveness of these interventions. 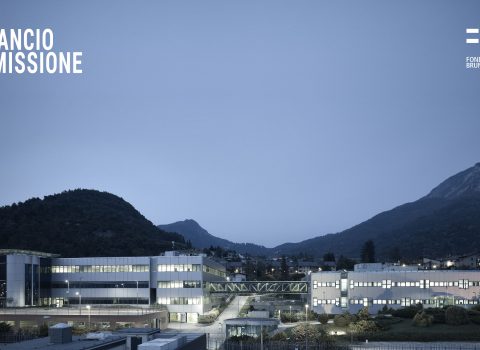