Edgar Morin had described complexity as the weave of a carpet: one admires the final pattern, but the real skill in understanding it lies in identifying and tracing the single thread that, combined with the others, results in precisely that particular pattern.

Well, to be able to see the individual threads in Iran today is impossible. Trying to untangle the skein is a difficult task.

In recent weeks, there have been people protesting in the most diverse contexts: at Sharif University in Tehran, where police threw tear gas at students, blocking them inside the university campus; in Zahedan, Sistan and Baluchistan, where military forces were lynched by the angry mob; in Ardebil in Persian Azerbaijan, where (just as I write Oct. 17, 2022 ed.), another student died during the protests: in short, these are different places and contexts-universities, squares, streets, megacities and small towns-in a country that is gigantic, eight times the size of Italy and very diverse within itself in terms of climate, resources and ethnic and social composition.

So, what is the common thread linking the protests of these weeks, triggered by the death of Mahsa Amini? Can we arrive, by following the threads, at the final pattern of the carpet?

1. I sing the veils and the women

Not everything begins with the veil (hejab), yet the veil is the end of one of our threads: the incipit of history, like “the weapons and men” of the Iliad. By July 2022 in modern, gigantic Tehran, a kind of new, all-female social and cultural movement was already well-established that had in nuce some of the characteristics of the protests of these days: it was called in Farsi “bihejabi,” which means “without veil.” It consisted of the casual but increasingly frequent presence (especially in parks and squares) of girls without veils or with their veils down. Young and old walked quietly, as if nothing was wrong and there had been no obligation to cover their hair since 1982.

For me, who was returning to Iran after three years, this was completely new and it was easy to adopt this new custom: i.e. to become Bihejabi.

Usually nothing works more effectively for us human beings than the camouflage process: the more girls I saw without a headscarf, the more I wanted or felt confident that I could pull it down, and so on and so forth.

Then, in a café, a young former bihejabi girl politely asked us to pull it up because in that café the morality police had given maxi fines because of lowered veils. And so, throughout that summer period, the veil was in constant motion: up in the hair and down from the hair, depending on the wind that was blowing.

And the wind didn’t look good.

In fact, the bihejabi movement was being countered by the “bahejabi” (veiled) movement in those same July days. These were women and men who were basically demonstrating in favor of the headscarf. In the city of Mashad, female teams of morality police were handing out chocolates to well veiled women. My cousin, who was shopping on a bicycle, received compliments about her veil and some candy. “Keep them and leave people alone,” she said as she pedaled hurriedly home.

Another of our intersecting threads to draw the protests of these days emerges by looking around. There is no city, be it large, medium or village, that has not seen the wealth of a few and the extreme poverty of many, especially in recent years. In Iran, to survive (if one does not have wealth accumulated through the revolution or possessed even before the revolution) one must now work three, maybe four jobs. My friend Davood teaches engineering at Tehran University, is a journalist, and was also a tour guide before the pandemic. Like him are so many young people, adults and middle-aged people who are in this condition.

For this reason, last spring the country was rocked by protests by retired teachers, who, having only one income, could no longer buy basic necessities. Most of the protesters were arrested, even at that time there was no attempt by the government to come to the people’s aid.

The truth is that most Iranians know that if the 1979 revolution had then become “Islamic”, this was also possible because of an idea of social justice that pervaded somewhat all the writings of one of its top charismatic leaders, Imam Khomeini. There would never even have been an Islamist ideology without that drive to imagine a more equitable society, partly because governed by religion: the “revolution of the poor” was precisely the promise of an overthrow of the privileges of the few in favor of a more just society and a more balanced distribution of resources.

The last thread I try to follow in this tangled web is the environmental one. It is closely intertwined with the economic one, but it has its own defining identity. n Rasht, also in July, dozens of boys and girls gathered in the central square, dressed as cyclists, to promote a more sustainable idea of the city, given that all Iranian urban centers are on average very busy and few brave people are able to venture out into the streets on bicycles. The kids had environmental signs on Greta Thunberg’s model. But that’s just the tip of the iceberg.

Last spring thousands were protesting in Shahrekord over the lack of water, chanting the now well-known slogan: “marg be dictator”! (death to the dictator).  The southwestern area of Iran has never had a water supply problem, but the floods of recent years, combined with the government’s decision to divert and export water from the area to irrigate mainly pistachio and saffron fields of large landowners (including religious figures) for export or the luxury market, have resulted in an unprecedented drought.

Tven then, the government gave no response.

These are just some of the more obvious threads, which I can glimpse in this plot whose pattern is a continuous state of destabilization and violence in the country.

There must surely be many that I miss, but in addition to dealing with a skein, those dealing with Iran in recent times also perceive a constant state of tension. Under globalist pressures from urban centers and in the face of major planetary challenges, the Islamic Republic tries to resist unchanged by brute force alone.

But everything that stiffens, in complexity, is bound to be short-lived.

Thus, even the process of evolution of the species teaches us that only flexible systems are able to adapt and survive.

The rest is history. 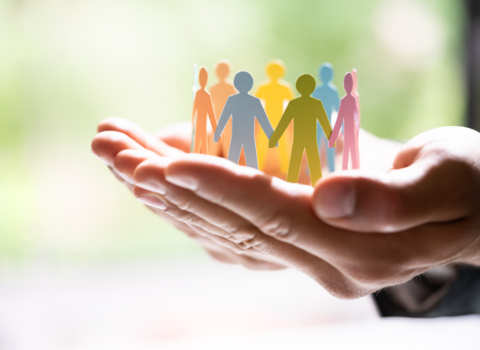