The epidemiologist of the Bruno Kessler Foundation (FBK) Stefano Merler participated today, in video call from Trento, in the press conference of the Istituto Superiore di Sanità (ISS).

The president of the ISS Silvio Brusaferro illustrated the state of the art of the epidemic in our country and showed the data studied by the Bruno Kessler Foundation for the estimate of average Rt in the Italian regions.  For the regions with the situation updated to 27th April the value is less than 1 everywhere and in  the Province of Trento in particular it is 0.42 (with a degree of uncertainty ranging between 0.35 and 0.5). The ISS president also thanked the whole team of researchers, including the FBK ones, “who work day and night to make the data available.”

Stefano Merler then illustrated how the previsional functional model was built to support the identification of possible scenarios for the epidemic phases in Italy. The model considers data known to date about the epidemic and the key parameters that regulate transmission: Rt and the time that passes between an infection and another. In particular, Rt was 3 at the beginning of the epidemic, it decreased to 2.2-2.6 even before the lockdown (probably because people got aware of the spread of the infection and consequently assumed cautious behaviours) and has now further decreased to around 0,6. The average time between one infection and another is 6.6 days (data calculated with the Lombardy region).

The model also considered the average number of contacts by age group that take place daily in different settings: home, school / university, workplace, means of transport, leisure time, other places (such as shops and post offices). Subsequently, the world of work was further analyzed in detail, dividing it into various activities, each of which is associated with a certain risk factor.

Merler also shortly clarified how the percentage of critical cases is to be correctly calculated (people who entered intensive care and people who died without entering intensive care) compared to the number of total infections (i.e. dividing the total number of critical cases by the total of infections and then multiplying the result by 100). He also explained that “the scenario of 150,000 cases in intensive care at the peak” is the theoretical one that could happen by completely ignoring what COVID19 is and by totally ignoring all the necessary precautions. He went on explaining how the positive-tested people that can transmit the infection are estimated to be the known ones multiplied by 10-20 times. 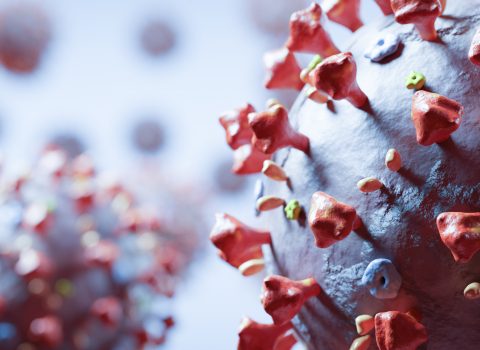