In-work poverty in Italy: what it is and how to combat it

Beginning with a discussion of the mechanisms that lead to situations of in-work poverty, Andrea Garnero, host of the FBK-IRVAPP research center, presented data on the extent and characteristics of the phenomenon in Italy and the five proposals developed for the Ministry of Labor to counter both the spread of low wages and the growth of poverty in households

In the public debate, in-work poverty is often linked to insufficient wages whereas in-work poverty is the result of a process that goes far beyond wages and concerns working time (i.e., how many hours one regularly works per week and how many weeks one is employed over the course of a year), household composition (specifically, how many people receive income within the household) and the Government’s redistributive action.

“In-work poverty,” FBK-IRVAPP Director Prof. Mirco Tonin commented, “is an example of a complex social problem. It is not obvious what measures are most effective in addressing it. That is why it is essential to rigorously evaluate the policies that are put in place. FBK-IRVAPP does just that, in the area of labor policies, but also for educational, social, economic policies.”

At the end of the presentation, I asked the expert a few questions.

How is in-work poverty defined in Europe?

The in-work poverty indicator was defined in 2003 and is a measure of poverty of people in employment. The need for a specific indicator arose with the development of in-work poverty. In the past, having a job was enough not to fall into poverty. For more than a decade this is no longer the case. Therefore, the European indicator makes it possible to measure the phenomenon, which is always the necessary condition for taking measures about it. Technically speaking, the poverty condition is measured relatively: a person is poor if he or she lives in a household whose available (i.e., net of taxes and including any public transfers received) equivalent (i.e., weighted by the number of household members) income is less than 60 percent of the median national equivalent available income. Employment status, on the other hand, refers only to those who have worked for more than half year. Those who work only a couple of months a year are therefore not part of the field of observation for this indicator, and this is a problem because the most vulnerable workers are excluded.

What is the difference between the situation of men and women?

Counterintuitively, the percentage of women in an in-work poverty situation is much lower than that of men: 8.15 percent vs. 12.4 percent in 2020. However, this does not mean that women are favored in the labor market over men; on the contrary. This result is a consequence of the measure that considers family incomes and not individual incomes. Women in our country are still very often the second largest income earners and, therefore, even though their wages are on average lower than men’s and part-time and fixed-term contracts more common, they are found to live in non-poor households. Indeed, one of the most important risk factors is the number of income earners: households in which there is only one income earner, in most cases a man, have a four times higher risk of in-work poverty than households in which there are two income earners.

Poverty and low pay strangely do not coincide; what risks emerge in policymaking?

Low wages are only one factor in in-work poverty, which also depends mainly on work schedules and length (part-time and temporary contracts) and the composition of the household and the number of income earners. Therefore, if the problem of in-work poverty is to be addressed, it is necessary to put in place policies that address the issue of wages but also consider working schedules, work continuity, the number of income earners as well as women’s work, the role of the tax system and public transfers and in particular, reddito di cittadinanza (citizenship income), unemployment insurance, and the assegno unico per le famiglie (single family allowance).

The polarization of views is the enemy of understanding phenomena and risks exacerbating inequality. How to improve information and awareness?

Public policy research and evaluation play a key role not only in adequately designing and possibly adjusting the measures that have been taken, but also in promoting a debate that as much as possible builds on facts. Decades of analytical and research work have made it possible to smooth out differences and offer some main points on which to set the debate on many controversial issues, such as the effect of the minimum wage on employment, the role of active policies or the design of income support policies. For this reason, it is important that research does not remain the prerogative of specialists but is popularized among the general public as well. Exchange of different ideas is still essential, however, because in the end any public policy is the result of a value-based and therefore political and not purely technocratic choice. But research can provide the elements from which to start.

In this video, Garnero answers three other crucial questions:

Andrea Garnero (OCSE/JRC)
Labor economist at the OECD Directorate for Employment and Social Affairs, currently on research sabbatical at the Joint Research Center of the European Commission. He received his PhD in economics from the Paris School of Economics and the Université Libre de Bruxelles. Previously, he worked at the European Commission’s Directorate for Employment and Social Affairs and as assistant for economic affairs and to the Prime Ministers’ G20. From 2017 to 2021, he was a member of the French government’s expert group on minimum wage. In 2021, he coordinated the working group “Actions and Measures to Combat In-work Poverty” of the Ministry of Labor and Social Policy. 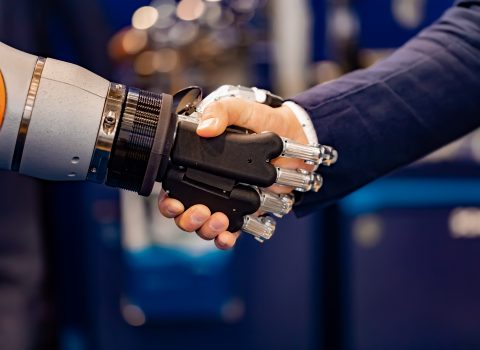