Telling a creativity journey from the story to its realization

The 3D-coop project stems from and is reciprocally stimulated by the collaboration between FBK and the Observation, Diagnosis and Training Laboratory (ODF) of the University of Trento.

Games, creativity, learning, development, storytelling and social skills are among the concepts that can be attributed to the potential of the word GROUP.

19 children participated in the project, divided into 2 groups between first and seventh grade, which during the second game-week organized by the Foundation (August 21 to 25, 2017) took on the task of inventing, telling and acting a story entirely created by them, in which each individual participant would play a role.

The main activities of the week were to create a group story originated from constant exchange between peers, to explain 3d printer operation, to manipulate and customize a 3d artefact, to design and complete the screenplay with various materials (markers, cloths, cardboard, play-doh…). These, as funny and pleasant group activities, act on different cognitive competencies like story-telling, creative thinking, problem solving, communication, decision making and socio-emotional competences.

The game-week aimed at verifying and quantifying to what extent cooperation, narration and emotional regulation skills, are influenced by a creative stimulation operation mediated by the production of a technological object with a 3D printer.

Specifically, recent studies in literature find and highlight the relationship between emotional competence and creative personality in which there is a link between creative thinking and social and emotional skills (Sànchez and Ruiz et al., 2011 and Hoffman and Russ, 2012); we therefore hypothesized that the stimulus of creativity, through the manipulation of data with a creative purpose (history) and material (characters and screenplay) and cooperation to achieve this end, have repercussions on cognitive skills such as communication and intentionality as well as on social (being in and with the group) and emotional ones. At the end of the week, participants created a little show where they illustrated the work they had carried out and played the story they had invented using characters, partly created with the aid of the 3d printer and with scenarios invented by them.

As for the initial hypothesis, we wished to investigate, through independent daily compilation of observation cards by 4 trainees of the University of Trento, seven dimensions: intentionality, communication, emotion, behavior regulation, game, including fantasy, interaction and cooperation; and if and how they can be implemented thanks to the influence of the group in addition to the presence and manipulation of a 3D artifact.

A first qualitative analysis showed an improvement in the group dynamics already from the second day in addition to a gradual positive “leveling” of the individuals’ abilities. With regard to data analysis, it was decided to take into account the average of the first and fourth day by analyzing the coupled t-test (through the use of SPSS software). With regard to the group of younger children, the results show a significant increase in all seven dimensions implemented, while in the older children group the most significantly increased aspects concern intentionality, interaction and cooperation. For FBK, the participants in the laboratory activities were Eleonora Grilli and Daniele Morabito, from the 3DOM team and Claudia Dolci for the Research and innovation for the school Program who acted as a liaison with the ODF LAB (UniTn) and the Kaleidoscopio cooperative. 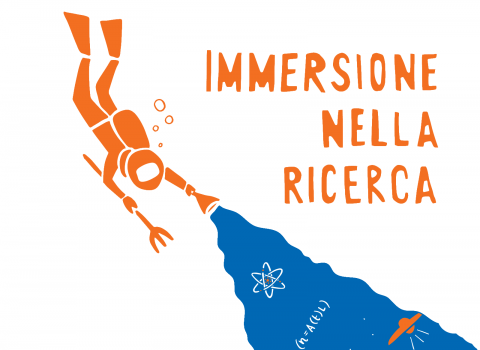 Trends&Future
Cyber School: how to tackle the digital revolution together
READ MORE