Cost and potential of green hydrogen

The study “Global Hydrogen Trade to Meet the 1.5°C Climate Goal: Green Hydrogen  Cost and Potential ” is part of a series of three reports focusing on the global hydrogen trade and published by the  International Renewable Energy Agency (IRENA). The report is dedicated to the costs and potential of green hydrogen and was prepared in collaboration with Fondazione Bruno Kessler and Enel Foundation.

As the report points out, in a scenario where the goal is to keep global warming below 1.5°C in 2050, hydrogen takes on a key role in decarbonizing hard-to-electrify sectors such as heavy industry and long-haul transportation. While there is a vast green hydrogen potential in the world, amounting to more than 20 times the global primary energy demand in 2050, the potential within specific countries or regions depends on the suitable land available for hydrogen production. The report, thus, estimates the potential for green hydrogen production as a function of land availability, considering non-exploitable areas such as protected areas, forests, marshy areas, urban areas, sloping areas, and areas with high water stress. The report also analyzes production costs under different time horizons and techno-economic scenarios.

“As FBK,” emphasizes Luigi Crema, director of Fondazione Bruno Kessler’s Center for Sustainable Energy, “we are providing 360-degree support to the hydrogen industry.

What we have analyzed together with IRENA and Enel Foundation provided some interesting and impactful results. The study suggests an important development perspective for the hydrogen sector, reaching a good prospect of competitiveness in the coming years. This widely justifies the foreseen support by political institutions right from the start of this scaling up process.

“The economic potential for green hydrogen production worldwide,” explains Edoardo Gino Macchi, FBK contact person for the project and co-author of the study, “is huge and largely sufficient to meet the need. The results of the study show that by 2050 the cost of green hydrogen (Levelized Cost Of Hydrogen – LCOH), may be less than $1 per kilogram (USD/kg) for most countries in the world, provided there is a significant reduction in the cost of electrolyzers and an increase in their efficiency. In the least optimistic scenario, the LCOH still turns out to be less than $2 USD/kg, the reference price for hydrogen produced from natural gas before the recent energy crisis.”

The report, co-authored by FBK researcher Jacopo de Maigret, was produced under the research agreement between FBK and the Enel Foundation. 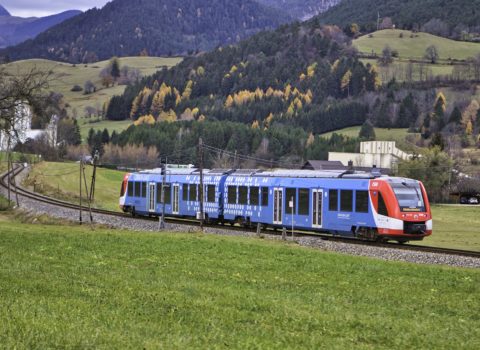