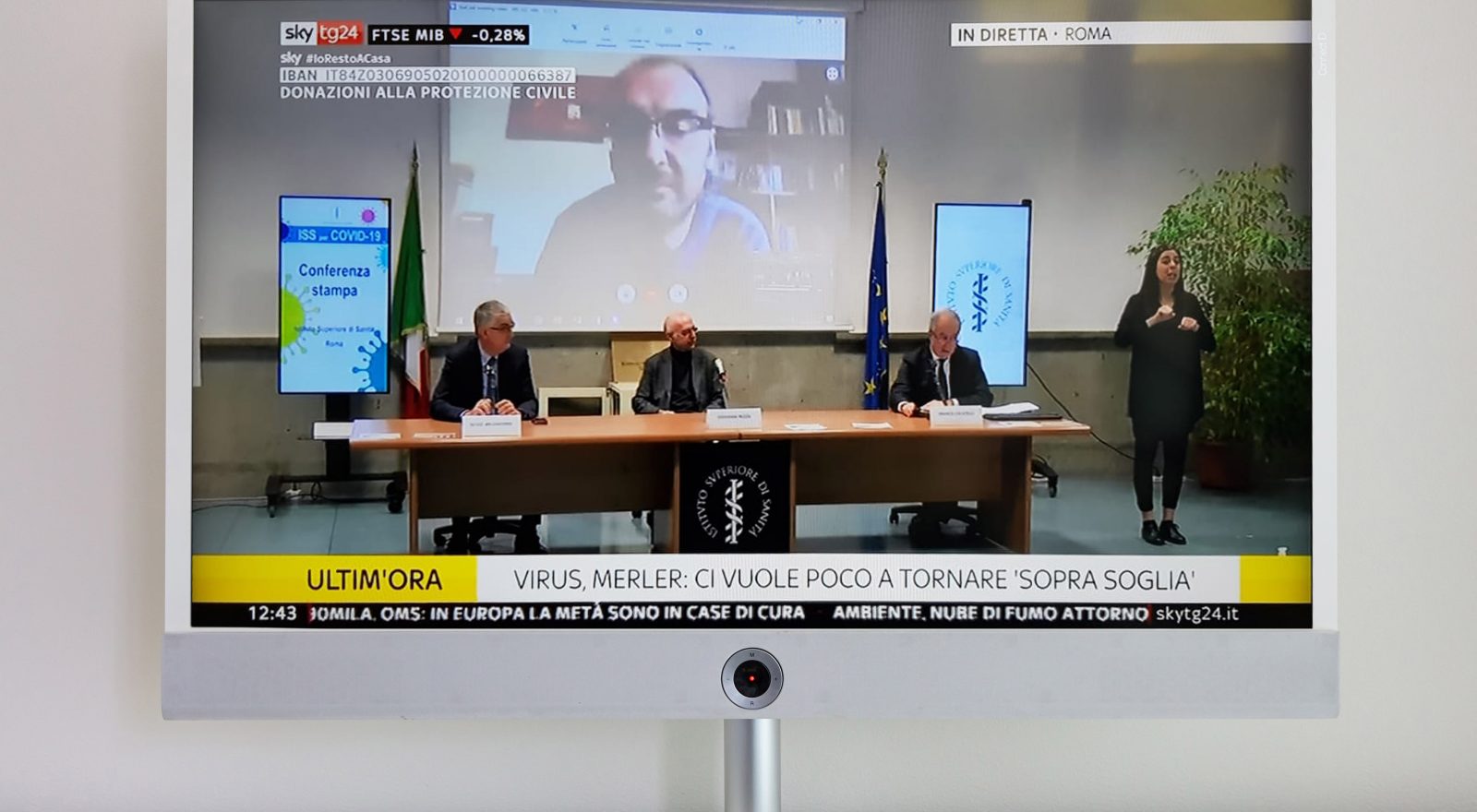 The FBK epidemiologist spoke at today's press conference of the Istituto Superiore di Sanità illustrating the Rt value of the Italian regions. For the province of Trento the average value is 0.44

After the speech to illustrate the state of the art of the epidemic curve, Silvio Brusaferro introduced the epidemiologist Stefano Merler thanking the Bruno Kessler Foundation for the continuous support and collaboration in scientific studies during the epidemic phase.

The FBK researcher, as an expert, illustrated then the Rt value measured in the various Italian regions following the dedicated studies, recalling that the value indicates the number of infections produced by a person during his infectious period. If it is less than 1, it means that we are moving towards the elimination of the disease, if it is greater than 1, we are going towards an exponential growth in the number of cases.

The data were studied based on the dates of appearance of the symptoms, which are the most reliable, and therefore the most recent transmissibility value of the SARS-CoV-2 virus refers to April 6th. For some regions the data are still being refined and will be provided when stable.

Data will be updated and published weekly “All this is very positive”, Merler underlines, “however, I want to stress it, there is not a huge margin to avoid returning back to Rt at 1, and above 1, and getting consequently troubles to start again. There is a margin which allows to better manage the situation, but we are not yet in a safe situation, not at all”.

Starting from next week, data from all the other regions will probably be also available and we expect them to be published weekly in the Friday’s ISS bulletin.